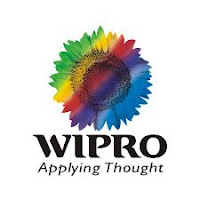 
Wipro Limited (Western India Palm Refined Oils Limited or more recently, Western India Products Limited) is an Indian multinational IT Consulting and System Integration services company head quartered in Bangalore, India. As of March 2015, the company has 158,217 employees servicing over 900 of the Fortune 1000 corporations with a presence in 67 countries. On 31 March 2015, its market capitalization was approximately $ 35 Billion, making it one of India's largest publicly traded companies and seventh largest IT Services firm in the World.

To focus on core IT Business, it demerged its non-IT businesses into a separate company named Wipro Enterprises Limited with effect from 31 March 2013. The demerged companies are consumer care, lighting, healthcare and infrastructure engineering which contributed approximately 10% of the revenues of Wipro Limited in previous financial year.

In Later Part of 2014, Wipro's largest deal in its five decade of history and probably one of the largest deals in the history of the Information Technology services industry was the 10 year $ 1.2 billion contract with ATCO, a Canadian Energy & Utilities corporation based out of Calgary, Alberta. The contract was spearheaded by Rishad Premji along with the Canadian Team and industry vertical teams based in India.

Name of the position:

You may also apply for below Freshers Jobs 2016