IAF Jobs notification 2016 for the vacancies of various posts 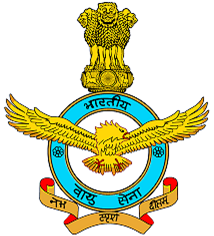 The Indian Air Force is the air arm of the Indian armed forces. It is the world's fourth largest air force. Its primary responsibility is to secure Indian airspace and to conduct aerial warfare during a conflict. It was officially established on 8 October 1932 as an auxiliary air force of the British Empire and the prefix Royal was added in 1945 in recognition of its services during World War II. After India became independent from the United Kingdom in 1947, the Royal Indian Air Force served the Dominion of India, with the prefix being dropped when India became a republic in 1950. Since independence, the IAF has been involved in four wars with neighboring Pakistan and one with the People's Republic of China. Other major operations undertaken by the IAF include Operation Vijay, Operation Meghdoot, Operation Cactus and Operation Poomalai. Apart from conflicts, the IAF has been an active participant in United Nations peacekeeping missions.

The President of India serves as Supreme Commander of the IAF. The Chief of Air Staff, an Air Chief Marshal, is a four-star officer and commands the Air Force. There is never more than one serving ACM at any given time in the IAF. The rank of Marshal of the Air Force has been conferred once, to Arjan Singh, by the President of India on 26 Jan 2002 and he became first five-star rank holding officer of IAF & serves as the ceremonial chief.

Name of the Posts:

Candidates age should between 18-27 years for LDC/ Hindi Typist Posts & 18-25 years for other Posts. Age relaxation is 5 years for ST, 3 years for OBC candidates & PH candidates as per rules in vogue.

Candidates will be selected based on written examination/ test.


How to Apply For Indian Air Force Recruitment 2016:

Eligible candidates send their application in the prescribed format along with recent passport size photograph, attested copies of all relevant certificates & in an envelope should be superscribed as “Application for the Post of________” to the concerned address as given in the notification on or before 28-05-2016.